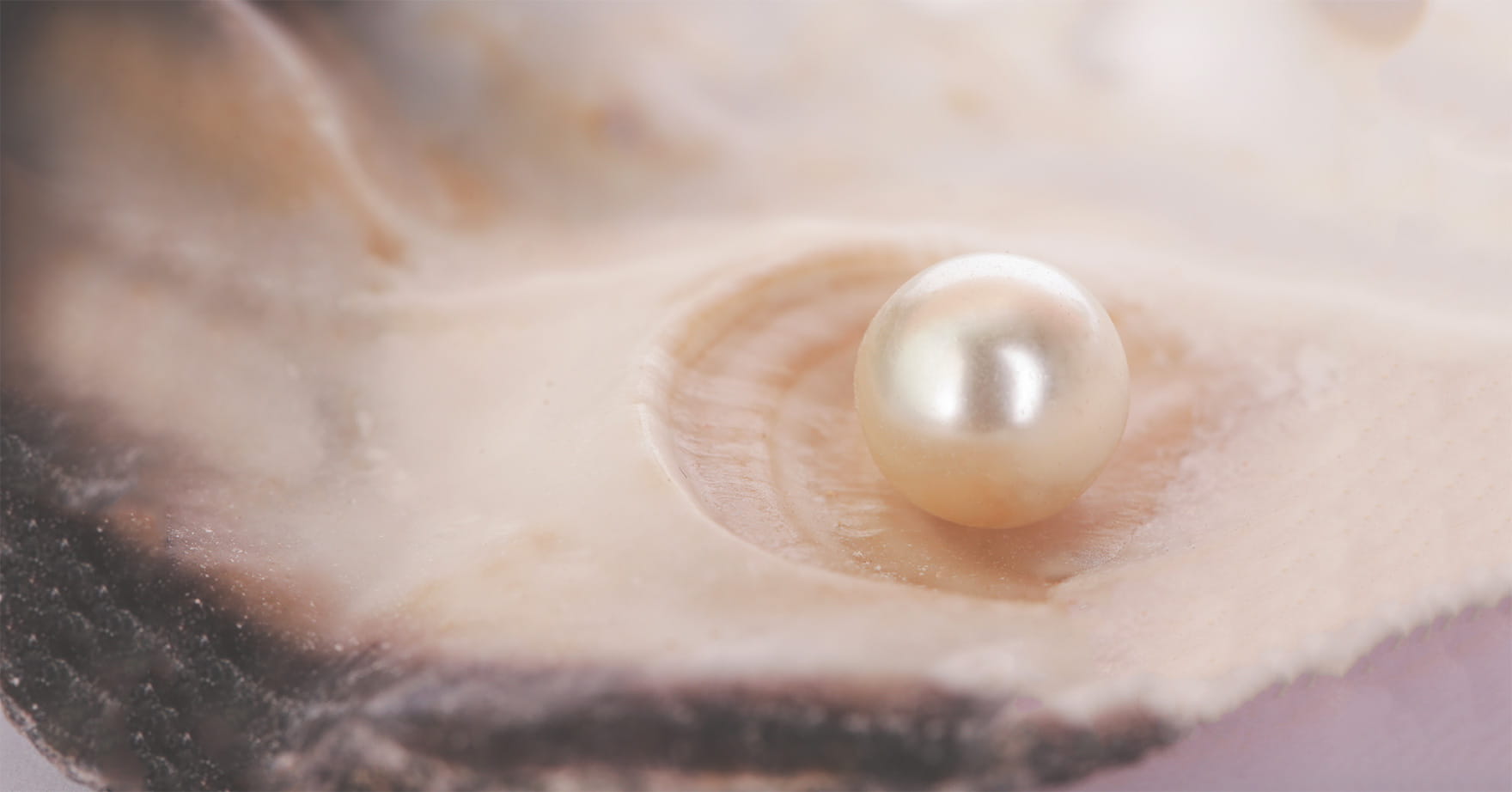 CHAPTER 1
On the Creation of the Universe
He to Whom time was before He wrought, and subsequently began to work, must have wrought either by compulsion, or through necessity, or from a motive of, goodness. But God did not create the world of compulsion, because there was no other God except Him, nor any other Essence to compel Him to act. Neither of necessity, because His Essence is perfect, and in nothing wanting, and He is the Giver of all perfection, and is Himself imperfect in nothing, either in His Essence, or in what appertains thereto. It justly results, then, that He created the world of His goodness and love, He being by nature the origin of all good and bounteous things.
First He created the Angels, the heavens, and the four elements, the light, and the planets. After that trees and plants; then the different classes of animals, with their various species. And when He had adorned the universe with every good thing, and made it like the chamber of a bridegroom, and a wonderful paradise, on the sixth day, after the heavens and the earth with all their hosts1were finished, He created the first Adam, the father of the human race, “in the Image of God created2 He him”, according to the testimony of the blessed Moses, the first among the Prophets, and the first of the scribes. And he was called an image (of God) for three reasons: First, on account of the reasonable soul with which he was endowed, and which is a likeness of the Divine Image in a twofold respect, first, in its spirituality, minuteness and incorporality; and, again, because (soul) in its mind, word, and life, symbolizes the TRINITY. Secondly, on account of power3over all and the sovereignty and free will.
Thirdly, because therefrom God intended to take a temple for His union4 (thereto), and to be worshipped of all with Him for ever and ever.

CHAPTER II
On First Man’s Sin
After God had thus created Adam a reasonable image, a wonderful temple, and a bond of the universe, in short, a small world existing in the great world, He took from him a rib and made therewith woman, and placed them in the delectable paradise of Eden which He had prepared for them, and commanded them that they might eat of all the trees in paradise, but of the tree of the knowledge of good and evil they were not to eat. And He further decreed, that in the day they should eat thereof they should die the death5. Now, hereby God declared the freedom of man’s will; for, had they not been free to act, He would have wronged them in punishing their transgression of the command; whereas, if they acted of their own free will He justly condemned them, inasmuch as with propensity towards evil and in their own pride of spirit, they trampled upon and despised the Divine command, in order that they might become gods6, and be released from submission to their Creator, after the advice of the devil who deceived them. Because of this, they became debtors to death, and fell under subjection to the devil, and were shorn7of their glory, and put on shame, and were removed from the companionship of angels, and were cast into a land of curses8. Their children also, because they walked in the selfsame way of transgression, bound more tightly to the yoke of the devil, and of death, on their necks and these forgot their Creator, and walked after their own hearts’ lust, and the desires of their own minds, and nourished iniquity, and strengthened rebellion, — “who, being past feeling, gave themselves over unto lasciviousness to work all uncleanness with greediness.” On this account justice woke up, and led Noah and those that adhered to him into the ark, which the Long-suffering had ordered to be made in the hope of their repentance. And every mortal9was destroyed by the flood, and the earth was cleansed from their wickedness. And thus after two thousand years, more or less, that barbarous dispensation was brought to an end.

CHAPTER III
On the Divine Laws and Ordinances, and On the Prophets
When Noah went forth from the ark, God gave him ordinances adapted to the infancy of human nature; but, gradually, as his race increased, they forgot these, and some of them deemed it right to worship the images of their illustrious men, namely, those whom they loved and they justified their worship, whilst others joined in a ruinous confederacy, and made a vain counsel that they would build a tower and a place wherein to rebel against God; so that in case of another flood being sent in His anger, it might serve them as a place of refuge; or in case of His commanding anything contrary to their will, they might thereby ascend and war against heaven. And for this reason God confounded their tongues, and scattered10 them to the four winds of heaven, but they further by the worship confirmed error of images, and sacrificed their sons and their daughters to devils and they feared and served the creature rather than their Creator. God then chose our father Abraham, from whose seed He purposed to take to Himself an everlasting temple, gave him the covenant of circumcision, and entered into a compact11 with him, and in him began the way of the fear of God called Hebrew. After this, through successive generations, God raised up of his family good and righteous persons, who laboured in vain to make men return unto the Lord. Then Moses, the head of the Prophets, was chosen, and to him were given written laws12and ordinances, such as were not vouchsafed to the three dispensations which preceded him. And in him began the Jewish dispensation, which like a child who has not yet attained to perfect knowledge, he meditated the old law, which enjoined that good should be done towards those that do good and relations, and evil to evil doers and enemies13. It moreover represented God after the similitude of man, with bodily members, as dwelling at Jerusalem, as abiding on Mount Sion and among the congregation14 of Israel. It makes no mention of hell, or of the kingdom of heaven; but it threatens the transgressors of its laws with corporal punishments, such as submission15 to enemies, they being scattered among the gentiles,16 with drought,17famine, poverty and barrenness;18 whilst, on the other hand, the good are rewarded with earthly and temporal rewards. All the Prophets who succeeded Moses followed and confirmed this way, and for it they submitted to every species of trial and persecution.

CHAPTER IV
Prophecies Concerning Christ
All the holy Prophets prophesied of CHRIST, Who was to bring salvation19 to the world, to make new all created things. And, in order not to lengthen our discourse, we shall adduce the witness of six of the greatest among them. In the first place Israel, the father of the Prophets, declared Jacob “The sceptre” that is a king, “shall not depart from Judah20, nor a lawgiver” that is, a prophet “from between his feet, until He shall come Whose it is, and Him shall the nations wait for” together with the remaining portion of the chapter. Moses says:
“the Lord thy God will raise up unto thee a great prophet from the midst of thee, of thy brethren, like unto me; unto Him shall ye hearken21 and any soul which will not hearken to that Prophet that soul shall be lost off from among its people”22. The deliverance of Israel, moreover, out of the hand of Pharaoh, was a type of the redemption of all from under the power of the chief of this world. The manna,23 also, prefigured the mystery of our Lord’s Body; the water from the rock,24 the drinking of His Blood; and the brazen serpent,25 His life-giving Cross.
David likewise fully prophesied of CHRIST in the Psalm, “Why do the Gentiles rage?”26 and in that beginning with “O Lord our God, how glorious is Thy Name in all the earth!” and in that, “My heart overflows with good news” as also in the Psalm, “The Lord said unto my Lord, sit Thou on My right hand.”27
Isaiah prophesies: “Behold a Virgin shall conceive and bear a son, and they shall call His name Emmanuel, which being interpreted is Our God28 with us, and again that His name shall be called Wonderful and Counsellor, the Almighty God, the Prince of Peace, the Everlasting FATHER, Angel of great Intelligence “. “He would be given for our sins, and will be humiliated for our iniquities: and the chastisement of our peace was upon Him;”29 to the end of the chapter. Zechariah says: “Fear not, O daughter of Sion, behold thy King cometh unto thee, humble, and riding upon an ass, and upon a colt the foal of an ass”.30
Daniel, after having fixed seventy Sha’wu’een which were to precede His manifesta­tion said: Messiah shall be killed, and it (the city) shall be deprived thereof; and the holy city shall be destroyed (together with the king that is to come) and He shall cause the sacrifice31 and gift offering to cease. Then I beheld thrones were placed, and the Ancient of Days did sit;32 and I saw one like the Son of Man upon the clouds of heaven, and He came to the Ancient of Days; and to Him He gave judgment and authority over all peoples, nations and languages and that Him they may serve. His dominion is an everlasting dominion, and shall not pass away, and His kingdom shall not be destroyed.33 Here endeth the Second part.