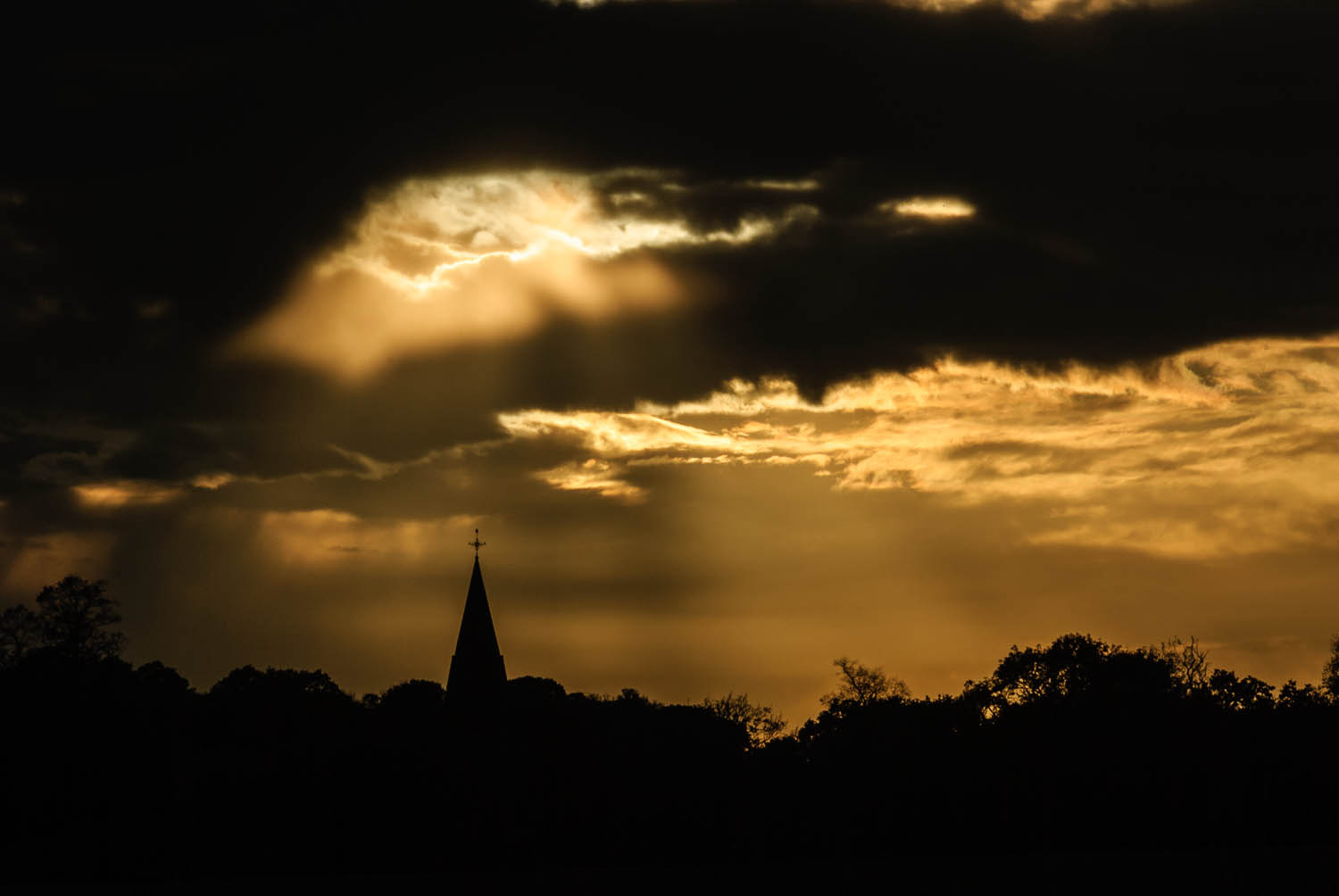 Babai the Great (c.551-628) was an early church father, who set some of the foundational pillars of the Church of the East. He was the unofficial head of his church, revived the Assyrian monastic movement, and formulated its Christology in a systematic way.

Biography
Babai the Great, not to be confused with Babai the first autonomous leader of the Eastern Church, was born in Beth Ainata in Beth Zabdai. Born to a wealthy family, he received a primary education in the Persian (Pahlavi) books. He continued his studies at the Christian School of Nisibis under the directorship of Abraham of Beth Rabban. Somewhere around 571 when the Origenist Henana of Adiabene became the new headmaster and Abraham the Great of Kashkar founded a new monastery on Mt. Izla above Nisibis, he taught for a while at the Xenodocheio of Nisibis. After that he joined the newly founded monastery of Abraham on Mt. Izla. When Abraham died in 588 Babai left and founded a new monastery and school in his home country Beth Zabdai. In 604 Babai became the third head of Abraham’s monastery on Mt. Izla.
Abraham the Great had started a monastic reform movement which Babai and other disciples carried through. Since Bar Sauma and the Synod of Beth Lapat monks and nuns were encouraged to marry. When Babai returned to Mt. Izla in 604, he expelled monks that lived with women and enforced strict discipline, emphasizing a deep life of prayer and solitude. The result was a mass exodus, not only of the married monks. But the Eastern Church was with Babai.
In 604 the Catholicos Sabrisho died and a new Catholicos had to be elected. The synod rejected the candidate of the King Chosroes II and elected Gregory instead. When this Catholicos Gregory died in 608/9 the royal physician Gabriel of Shiggar suggested to make Henana of Adiabene or one of his students Catholicos. All the church was in horror. But until his death in 628 the king did not allow Church of the east to choose a new Catholicos of their own.
To circumvent the royal proscription, Babai the Great was appointed ‘visitor of the monasteries’ of the north, and administered the church in collaboration with Archdeacon Mar Aba. In particular, this new position allowed Babai to investigate the orthodoxy of the monasteries and monks of northern Mesopotamia, and to enforce discipline throughout the monasteries of northern Mesopotamia, even against occasional resistance.
Babai the Great and Mar Aba administered the Nestorian Church for 17 years until Chosroes II was murdered in 628. After this Babai was promptly elected Catholicos. But he declined. Soon afterward he died in the cell of his monastery, being 75 or 77 years old.

Babai’s teaching
Besides bringing discipline to the monasteries and administering the church, Babai is mainly known for his orthodox teaching. From 610—628 the last and most devastating wars between Byzantium and Persia took place. First Persia conquered parts of Byzantium, which were populated mostly by Monophysite and Chalcedonian Christians. To be popular in the newly gained provinces, King Chosroes II did not want to favor the Assyrian Nestorians any more. During the successful Byzantine counter attack 622—628, Chalcedonians and especially Monophysites were in the advance in Persia and several sees and villages were lost by the church of the east.

Babai’s writing
To defend and clarify the Nestorian tradition against Henana’s Origenism and the advancing Monophysites, Babai the Great produced some 83 or 84 volumes of writing. He developed a systematic Christology, the only one in Nestorian Mesopotamia. Of his extensive exegetical works on all of Scripture nothing survived. What we do have are two hagiographies, his principal work on the foundations of ascetic life ‘On the Life of Excellency’, and commentaries on mystical themes.
From what has been preserved we learn that his main authority was Theodore of Mopsuestia, though in general he used few citations from the Fathers. There is no evidence that he could read Greek, and Babai must have relied on translations. He mainly fought against the ideas of the Monophysites and of the Origenist Henana. They were the inner enemies. He also wrote against Mani, Marcion, Bar Daisan, the Messalians and the general loss of discipline since Beth Lapat.
The ‘Book of Union’ is Babai’s most systematic surviving christological treatise, divided into seven memre that cover more than 200 folios. The ‘Tractatus Vaticanus’ is another manuscript that deals with the “impossibility of the hypostatic union and natural union, the possibility of the parsopic union, and the significance of the expression hypostatic union among the fathers of the antiquity”.
An important source on the position of Babai the Great against Origen and his follower Henana of Adiabene is his commentary on Evagrius Ponticus. It also shows his opposition to Messalianism. An 8th century manuscript has been preserved that contains Evagrius’ text together with Babai’s commentary on it. This commentary is an abridged version of a larger one which Babai had written earlier and which is lost.
The writings of Evagrius were important to the current mystical revival among Greek and Syrian monks. For the monks of Mt. Izla Evagrius was the pillar of mystical theology. The Greek text was condemned already in 553 for its Origenist heresies. But unlike the Greek, the ‘Common Syriac Version’, a translation of the Gnostic chapters of Evagrius by the Monophysite Philoxenus, was void of the specific Origenist-Evagrian Christology. For example, it omits the ‘nous-Christos’ Christology where the God-logos and the flesh are united in the nous, Jesus Christ, the subject of incarnation. Babai tried to eliminate the Origenist ideas even further and presented Evagrius as opposed to Origen and his follower Henana by pointing out apparent contradictions between them.
“The Devil is telling the people that some of Evagrius’ statements are similar to heresies. Some even tried to translate directly from the Greek to show the heresy of Evagrius. They translated according to their foolishness, but can be refuted by other writings of Evagrius. The cursed Origen and his disciple, the fool Apollinaris, they teach completely different from Evagrius on the renewal of the soul after death”. To show this further, Babai tells the vita of Evagrius and enumerates his sources: Basilius, Gregorius, and Nectarius. No mention of Origen.

Babai’s christology
The main theological authorities of Babai were Theodore of Mopsuestia and Diodorus of Tarsus. He also relied on John Chrysostomos, the Cappadocian fathers and on Ephrem the Syrian, which were also accepted in the west. In his exegetical methods he synthesized between the rational Theodore and mystical writers like Evagrius.
And most important, instead of breaking with Theodore because of some extreme interpretations of his teachings, like others did, Babai clarified his position to the point that differences with western Christology became superficial and mostly an issue of terminology. His Christology is built in great part on sound exegesis and an interesting anthropology and is far less dualistic than the one Nestorius seems to have presented. Babai in the ‘Book of Union’ teaches two qnome (hypostasis—not the Chalcedonian use of this term, essence), which are unmingled but everlastingly united in one parsopa (person, character, identity, also “hypostasis” in Chalcedonian usage.). It is essential to use the Syrian terms here and not any translations, because the same words mean different things to different people, and the words must be accepted in the particular sense of each. In Greek Christology, hypostasis is used specifically to refer to what would correspond to Babai’s parsopa, and ousion would correspond to qnome. In the period in which Babai and others formulated their respective Christological models, words such as “hypostasis” and “ousion” had less specifically fixed definitions. Thus, it was possible for two individuals to honestly use a single term to mean two distinctly different things.
Clearly, to Babai, Christ is both God and man. But he could not tolerate any form of Theopaschism (the belief that God suffered), be it the divinity itself, the Trinity, or one of the hypostases of the Trinity. According to Babai Cyril of Alexandria stood at the root of simple Theopaschism as professed by the Monophysites, and the Emperor Justinian I at the root of composite Theopaschism. The Nestorian church could accept expressions like ‘Christ died’, ‘the Son died’, but not ‘the Word died’, even not ‘the Word died in the flesh’.
In the sixth century AD, Mar Babai wrote the Teshbokhta or (Hymn of Praise) explaining the theology of the Assyrian Church. He Writes:

One is Christ the Son of God,
Worshiped by all in two natures;
In His Godhead begotten of the Father,
Without beginning before all time;
In His humanity born of Mary,
In the fullness of time, in a body united;
Neither His Godhead is of the nature of the mother,
Nor His humanity of the nature of the Father;
The natures are preserved in their Qnumas (substance),
In one person of one Sonship.
And as the Godhead is three substances in one nature,
Likewise the Sonship of the Son is in two natures, one person.
So the Holy Church has taught.