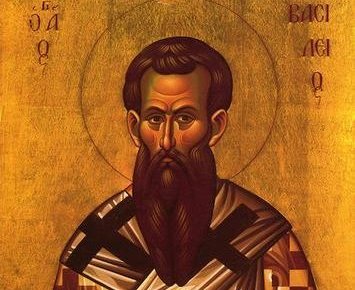 Theodore, born in Antioch (c.350), was a disciple of Diodore of Tarsus. Ordained a priest of the Church of Antioch in 381, he became, in 392, bishop of Mopsuestia in Cilicia. His life and writings are connected with Nestorius, who in 428, the year of Theodore’s death, rose to the office of bishop of Constantinople. Much of Theodore’s literary and theological reputation was bestowed upon him posthumously. After the condemnation of Nestorius by the Council of Ephesus (431), charges of heterodoxy were raised against Theodore’s teaching by several prominent bishops, and most particularly by Cyril of Alexander, who wrote Contra Diodorum et Theodorum, effectively cementing the association between these two Antiochene scholars. But Theodore’s popularity depended upon the prevailing Church attitudes of the day. At the Council of Chalcedon (451), the Fathers accepted the epistle of Ibas of Edessa that praised Theodore as a “herald of truth and doctor of the Church” (ActConc Oec 2.1:392). During Ibas’s episcopate, many of Theodore’s works were translated into Syriac, thus elevating his position in the Nestorian Church, which ultimately conferred upon the prolific commentator the title mepasqana, “the interpreter.” Yet in 553, the Fathers assembled at the Second Council of Constantinople condemned his writings, and Theodore was anathematized as heretical. This decision was upheld until 1932, when the publication of a Syriac text of Theodore’s Cathechetical Homilies re-opened the controversy. Theodore is viewed from two perspectives: some see his work and teachings as orthodox; others connect his writings to the errant doctrines of Nestorianism.

Nearly all of Theodore’s many commentaries are left to us in fragments; the only complete work in Greek is his Commentary on the Twelve Minor Prophets (PG 66: 123-632). There are Syriac versions of his Catechetical Homilies and his Controversy with the Macedonians. There is extant a Latin version of his Commentary on the Minor Epistles of St. Paul.

As noted above, the inspiration for Theodore’s principles of exegesis may be derived from the school of Antioch, which insisted on the literal and historical sense of the text, as opposed to the allegorical approach advocated by the school of Alexandria. Theodore’s typology is patent in his commentary on the book of Psalms, in which he subscribes to the following principles: David is the author of all the Psalms; each Psalm refers to a historical situation, to be determined in the light of the argument of the Psalm as a whole; this situation can be either in the life of David or future to him; in the latter case, David foresees the future event and speaks words appropriate to it. Of the 80 Psalms whose commentary has endured, Theodore places 50 in the history of Israel from the time of Solomon to that of the Maccabees, while assigning only 3 to Christ. His Commentary on the Minor Prophets demonstrates a similar concern by the author to promulgate the actual historical situation envisioned by each Prophet.
Theodore, in his theological considerations, insists on the human soul of Christ and on the significance of His free moral activity in the work of redemption. He replaces the phrase “Word and flesh” with the formula “Word and assumed man.” Consonant with the Dyophysite position expressed by Diodore and later espoused by Nestorius and the bishops of the schools of Edessa and Nisibis, Theodore also asserts that the two natures of Jesus constitute “one Son” and “one Lord” because they are united in one person.